The brainchild of a disturbed 19-year-old, Shock Therapy was created in 1984 by lead singer/guitarist/synthesist Gregory John McCormick a.k.a. Itchy together with guitarist E. Keith Jackson.  After spending an influential period of his teenage years in the care of psychiatric institutions, Itchy channeled pent-up aggressions creatively in his early adult life to what became the most original, raw underground music group in existence. Critics and fans alike cannot argue- no band does what Shock Therapy does, has done in the studio, or on stage. But let’s go back to the year 1979, THE year, when Itchy, aka Gregory John McCormick founded a band called SHOCK THERAPY and started to mix up hardcore-guitars with synthetic sounds, to create very ludicrous songs. For a while, the band worked with changing line-up in the American underground, but in 1985 they had their breakthrough with the debut-album HATE IS A 4-LETTER WORD. Just after two weeks the first pressing was completely sold out and even in Europe, where bands like FRONT 242 started to make EBM known to the public, the band had many fans. And still today, three decades after, HATE 15 A 4-LETTER WORD is still one of those underground cult-songs, which are played in every independent-disco. The rest is history!
But SHOCK THERAPY renounced on keeping the successful line. Itchy created uncomfortable songs with agitating lyrics and sick arrangements and their following albums saw them fading. Because being an absolute insider-cult-act, they couldn’t burn out, like so many wave-bands at the same time. And while the critics got more and more confused and helpless, while the band was caught in rumours about the misuse of drugs and insanity and while a mere cult around them was shaped, their style got mature.
SHOCK THERAPY, the name stands for wonderful melodies and provocative lyrics always tighten one another. SHOCK THERAPY doesn’t frighten to desecrate their own songs by distuned guitar-riffs.
Behind Itchys work, there’s more than just the wish to create. With literature readings, book-releases, graphics and painting, he gives us a complete view of his inner world: twisted, but not more than the normality of our sick society.
Itchy Gregory John McCormick unfortunately died in 2008.
After the first official live album release “Live from Hell” in 2013, the back catalogue from Shock Therapy will be released from I am Surprised records in cooperation with Itchys widow to present and give this special artist a platform that he deserves for his great art that….

This ‘Best of’ album, features the very best of Shock Therapy from 1985 to 2008 on a double-CD, featuring 34 tracks and including a number of very rare mixes, unreleased tracks and special remixes of classics. You can order your copy right here! 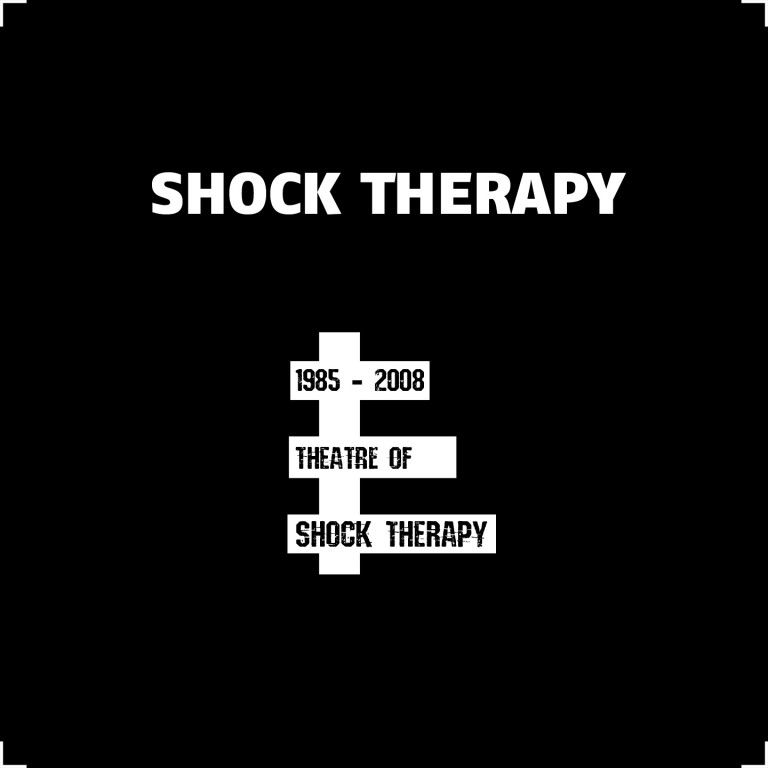